“Sir Richard Doll ♦♦
was paid by chemical companies.
He denied the carcinogenic effects of Agent Orange.
Though some people may have been shocked,
I was not surprised at all.
Doll was one of the fervent promoters of fluoridation…“ 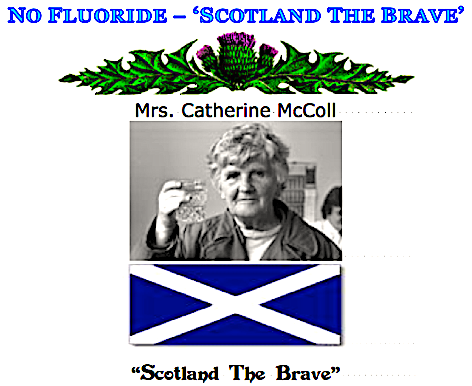 Public health officials argued that putting fluoride in would bring huge reductions in the appalling tooth decay among a sweet-toothed nation. Catherine McColl, a Glasgow pensioner disagreed. She secured legal aid to fight Strathclyde Region and the case lasted three years. The epidemiologist Sir Richard Doll * later described his time as an expert witness as the worst two weeks of his life. The issue remains controversial to this day.

“Fluoride is a medicine, evidence on its effects should be
subject to the standards of proof expected of drugs,
including evidence from randomised trials.”
“There have been no randomised trials
of water fluoridation.”

A Case Against Water Fluoridation – Scotland 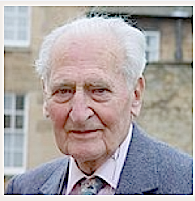 …After his death, controversy arose over some of his work because his papers, held at the Wellcome Library, showed that for many years he had received consultancy payments from chemical companies whose products he was to defend in court. These include US $1,500 per day consultancy fee from Monsanto Company for a relationship which began in 1976 and continued until 2002. He also received fees from the Chemical Manufacturers Association, Dow Chemicals, and ICI. Some donations, including a £50,000 gift from asbestos company Turner and Newall, were given in public ceremony to Green College Oxford where his wife was Warden [citation needed], but most fees and payments remained undisclosed to the public, Oxford University and colleagues until his death.
His defenders point out that his connections to industry were widely known by those in the field, that he did his work before formal disclosure of commercial interests became commonplace and that on occasion, he came to conclusions that were unpalatable to the companies who consulted him.
His own view, as reported by Richard Peto, was that it was necessary to co-operate with companies for access to data which could prove their products to be dangerous.

In Global News last issue [vol. 14, no. 21] you published the fact that Sir Richard Doll was paid by chemical companies. He denied the (proven) carcinogenic effects of Agent Orange. Though some people may have been shocked, I was not surprised at all. Doll was one of the fervent promoters of fluoridation. When Dean Burk and John Yiamouyiannis (I allude to them from here as B&Y) in 1975 published their findings about the 10 per cent extra death rate from cancer in fluoridated cities, the whole fluoridation lobby hastened to disclaim their findings. Of course, Doll was among them. Here is part of what happened.

In order to refute B&Y’s findings, the group claimed that B&Y had not corrected their figures for age, race and sex and that, when these corrections were made, the increase in the cancer death rate disappeared. (I follow closely Yiamouyiannis’ book – Fluoride: The Aging Factor.) During the fall of 1977, two congressional hearings were held. The Hoover group opposed B&Y.

It was then discovered that Dr Hoover and other National Cancer
Institute officials had purposely withheld information from B&Y and,
moreover, clandestinely sent erroneous data to Dr Leo Kinlen
and Sir Richard Doll, professors at Oxford University,
who published the erroneous data as if they were their own.
Thus the illusion was wilfully created that independent research
by two eminent professors had confirmed the data of the
Hoover group, which was completely untrue.
Precise calculation later confirmed the findings of B&Y,
estimating in excess of 10,000 extra cancer deaths a year in the
USA caused by fluoridation.

My dear deceased friends Dean Burk and John Yiamouyiannis would
have been pleased with your publication about Richard Doll.
Sincerely Yours, Hans C. M., Haarlem, The Netherlands

A Case Against Water Fluoridation – Scotland

‘Childsmile’ is a national programme designed to
improve the oral health of children in Scotland & reduce
inequalities in dental health and access to dental services.

There is no fluoridation in Wales, Scotland, Northern Ireland.

or the Isle of Mann.

[ And a lot of people are not happy about fluoridation in Southern Island.]

When Gerry Adams And Ian Paisley Worked Together 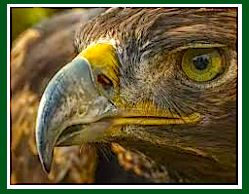 Scotland and Wales are fluoride free
0