Please feel free to quote and / or copy.
This information belongs to the public. 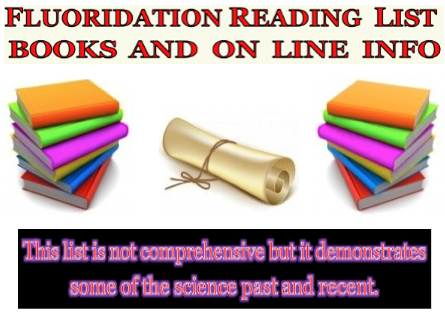 ⇒  Plants of the Bible ⇐

SOME EFFECTS OF INORGANIC FLUORIDE ON PLANTS, ANIMALS AND MAN

This book seems to have been removed
from most US libraries ?  ! ! ! 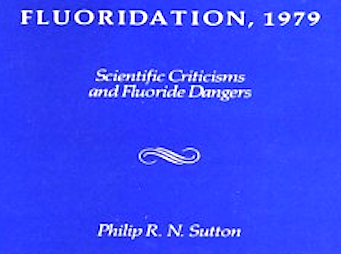 ↑ This book is out of print.

AFFIDAVIT OF PHILIP R.N. SUTTON, B.D.Sc. IN SUPPORT OF MOTION

This book is out of print  — See ⇒  History 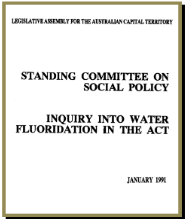 INQUIRY INTO WATER FLUORIDATION IN THE ACT

(LEGISLATIVE ASSEMBLY FOR THE AUSTRALIAN CAPITAL

‘The Secret War And
The Fluoride Conspiracy 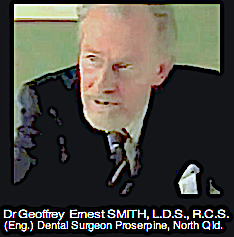 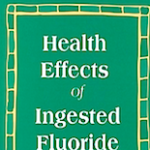 The polarised debate on the role of ingested fluoride in dental health ignores the basic problem that dental caries is essentially the outcome of bacterial infection of teeth enamel. While it might have been excusable in the 1950s to utilise an enzyme poison such as fluoride to undesirably alter dental architecture and to kill cariogenic bacteria, a better understanding of the pathogenesis of dental caries, coupled with development of antibiotics and probiotics with strong anticariogenic effects, diminishes any major future role for fluoride in caries prevention.
This book reviews the effects on health of fluoride ingested from various sources. Those health effects reviewed include dental fluorosis; bone fracture; effects on renal, reproductive, and gastrointestinal systems; and genotoxicity and carcinogenicity. The book also reviews the Environmental Protection Agency’s current drinking-water standard for fluoride and considers future research needs. 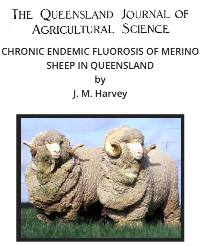 This work should have been enough to have stopped fluoridation in Queensland – forever.  It includes X-ray photos showing damage to bones, all funded by the Queensland Government, before  Anna Bligh (t).

FLUORIDE DRINKING OURSELVES TO DEATH
By Barry Groves

FLUORIDATION AND THE FORGOTTEN ISSUE
By Doris Grant 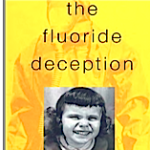 ‘THE FLUORIDE DECEPTION’ – An Interview With Christopher Bryson    ⇐ This is also a link to numerous other interviews. 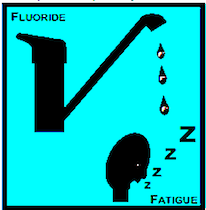 FLUORIDE FATIGUE – Fluoride Poisoning;
Is Fluoride In Your Drinking Water –
Or From Other Sources – Making You Sick?”
by Dr. Bruce Spittle Full text →  HERE

NUTRITIONAL AND PHYSICAL DEGENERATION
By Weston A. Price

Minerals for the Genetic Code

Dr. Richard Olree believes that the key to the biological role of all trace minerals has been available to science for decades, but nobody realized it. Will his Standard Genetic Code Chart prove to be the Rosetta Stone of trace nutrients?
Through sequencing the amino acids in the process of constructing proteins, Dr. Olree has traced all the elements to their participatory function in the life process.
In this cutting-edge book, the connection is made between the physical, chemical and biological aspects of minerals and subatomic particles in the life process, and assignment is made of the specific mineral that governs each entry in the genetic code. 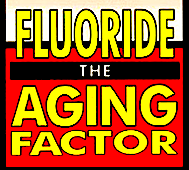 Dr. John Yiamouyiannis was, until his death in the fall of 2000, the world’s leading authority on the biological effects of fluoride.
His formal education included a B.S. in biochemistry from the University of Chicago and a Ph.D in biochemistry from the University of Rhode Island. After a year of postdoctoral research at Western Reserve University Medical School, Yiamouyiannis
went on to become biochemical editor at Chemical Abstracts Service, the world’s largest chemical information centre.
[To this day he and his research remain a thorn in the sides of the fluoride pushers.]

In his Preface to this book, Dr. Yiamouyiannis concludes by saying: “I dedicate this book to all who have worked patiently tirelessly, and lovingly to stop fluoride pollution, as well as others who have stood up and revealed the incompetence, quackery, and treachery of federal, state, and local bureaucrats who set policy contrary to the public welfare.”

How to Recognize and Avoid the Devastating

SCIENTIFIC KNOWLEDGE IN CONTROVERSY:
The Social Dynamics of the Fluoridation Debate
By Brian Martin

FLUORIDE: DRINKING OURSELVES TO DEATH?
By Barry Groves. Published by Newleaf
(Dublin, Ireland). (2001)

THE FATHER OF SPIN. EDWARD L. BERNAYS AND
THE BIRTH OF PUBLIC RELATIONS  (1998)
By Larry Tye. Published by Henry Holt and Company (NY) (1998)

NOTE: This book does not mention fluoride
albeit Bernays did the original PR on it.

THE CLINICAL ASPECT OF CHRONIC POISONING BY
ALUMINIUM AND ITS ALLOYS
By Leo Spira M.D.
London: John Bale Sons & Danielson Ltd., 1933.
A monograph of 30 pages that discusses the nature of fluorine poisoning. 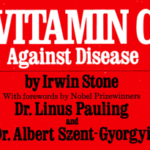 This Book is available on line →   HERE

A New Book:  – “THE CASE AGAINST FLUORIDE

THE EFECTS OF FLUORIDES IN ANIMALS -National Academy of Sciences

We are constantly wearing out our cells and have to replace them. We get new cones in our retina and replace the lining of our gut every 2-3 days. We replace our skin every 6 weeks and our liver every 8 weeks. Chronic disease occurs when we lose our ability to make new cells. This book discusses how that happens and what to do to correct it.
Every cell in the body is designed to run at -20 to -25 millivolts. To heal, we must make new cells.

To make a new cell requires -50 millivolts. Chronic disease occurs when voltage drops below -20 and/or you cannot achieve -50 millivolts to make new cells. Thus chronic disease is always defined by having low voltage. This book tells you how to measure your voltage in each organ, how to correct it, and how to determine why your voltage dropped enough to allow you to get sick.
See more→ HERE. (A book ahead of its time.) 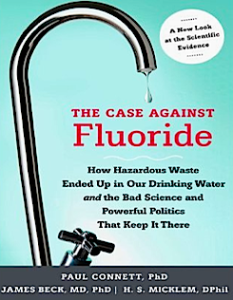 The case against mass medication.

The Case Against Fluoride: How hazardous waste ended up in our drinking water and the bad science and powerful politics that keep it there, by: P, Beck J, and Micklem HS, summarizes the historical, political, ethical, toxicological, and epidemiological scientific data behind drinking-water fluoridation.

The book concludes that, if proposed today, fluoridation of drinking water to prevent tooth decay would stand virtually no chance of being adopted, given the current status of scientific knowledge.

In part one of “The Case Against Fluoride:, “The Ethical and General Arguments Against Fluoridation”: The requirement for the informed consent of the patient before administration of a medication is a basic human right. Yet with fluoride, which is added to drinking water as a therapeutic intervention, no such permission is sought or given. The process is enforced on every member of the population. The authors explore this fact in the context of medical ethics. Another aspect is the efficacy of fluoridation as a therapy, which, the authors argue, is marginal at best and deleterious at worst. The fluoride used for water fluoridation is not of pharmaceutical grade, but is in fact a chemical waste by-product. The lack of any rigorous studies as to the efficacy of fluoridation programs, the authors contend, means that the whole process is experimental.

There is no control of “dose”— how much fluoride anyone receives from the water.

In the case of water fluoridation, according to the above authors, the chemicals that go into the drinking water that more than 180 million people drink each day in the United States are not even pharmaceutical grade, but rather a hazardous waste product of the phosphate fertilizer industry. It is illegal to dump this waste into the sea or local surface water, and yet it is allowed in our drinking water. To make matters worse, this program receives no oversight from the Food and Drug Administration, and the Environmental Protection Agency takes no responsibility for the practice. And from an ethical standpoint, say the authors, water fluoridation is a bad medical practice; individuals are being forced to take medication without their informed consent; there is no control over the dose and no monitoring of possible side effects.

Historically, fluoride was quite expensive for the world’s premier chemical companies to dispose of, but in the 50s and 60s, Alcoa and the entire aluminum industry—with a vast overabundance of the toxic waste—somehow sold the FDA and our government on the insane (but highly profitable) idea of buying this poison and then injecting it into our water supply as well as into the nation’s toothpastes and dental rinses. Consider also that when sodium fluoride is injected into our drinking water, its level is approximately one part-per-million (ppm), but since we only drink one-half of one percent of the total water supply, the hazardous chemical literally “goes down the drain” and voila—the chemical industry not only has a free hazardous waste disposal system, but we have also paid them with our health and our pocketbooks for the process.

The aluminum and phosphate fertilizer industries were not alone.
The American government’s atomic weapons program was also producing huge amounts of fluoride and was getting sued by famers for the damage done to their cattle.

The YouTube on this book, is highly recommended by us ↓ 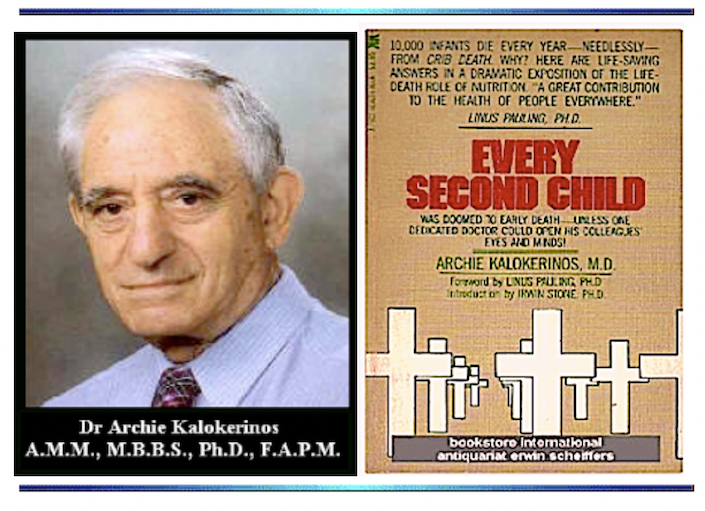 This book may be out of print, but we will get the full text  here soon July 2021…
Mean while go ⇒ HERE

Kalokerinos started with the Aboriginal Medical Service in 1976.
In December, 1977, he married a nurse, Catherine Hunter.
In 1978 he was subject of a This Is Your Life television program.
He was also awarded the Australian Medal of Merit for outstanding scientific work.

…He believed there was a link between vitamin C deficiency and sudden infant death syndrome. He also found that some children had a disease that affected their taste buds so that food tasted foul, and they were being tube-fed. He realised they were suffering a zinc deficiency and came up with a treatment that is now routine.  [Recommended reading]

His work was recognised on the 1978 TV show This is Your Life,
but, not without controversy as the AMA tried to ban the broadcast.
Neos Kosmos * voted him as the Greek Australian of the Century in 2000

Fluorides in the Environment    ⇓ 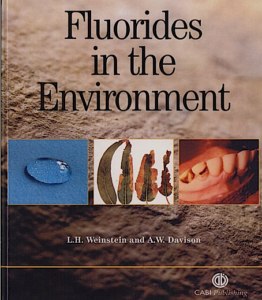 Fluorides in the Environment

–  And just a few more ⇓ We mean to overwhelm you.

The Shocking Truth About Water by Paul C. Bragg 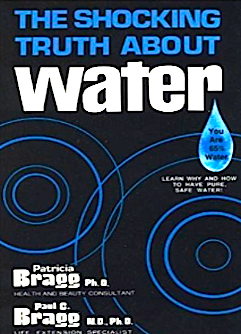 A short good read only 42 Pages. 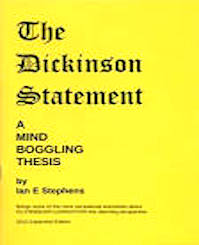 The Dickinson Statement is as relevant now as when it was first published in 1987. 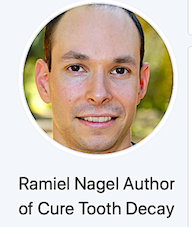 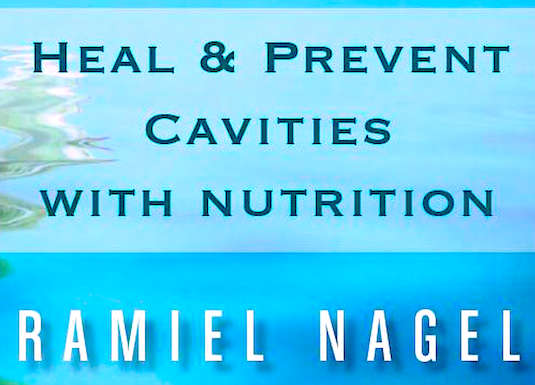 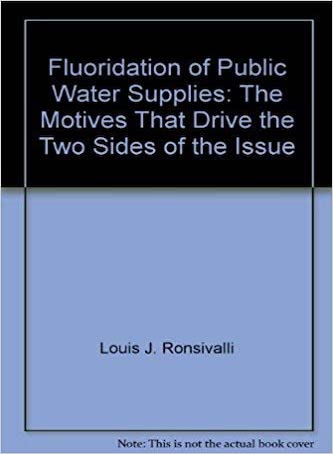 Fluoridation of public water supplies:
The motives that drive the two sides of the issue Paperback – 1 January 1998 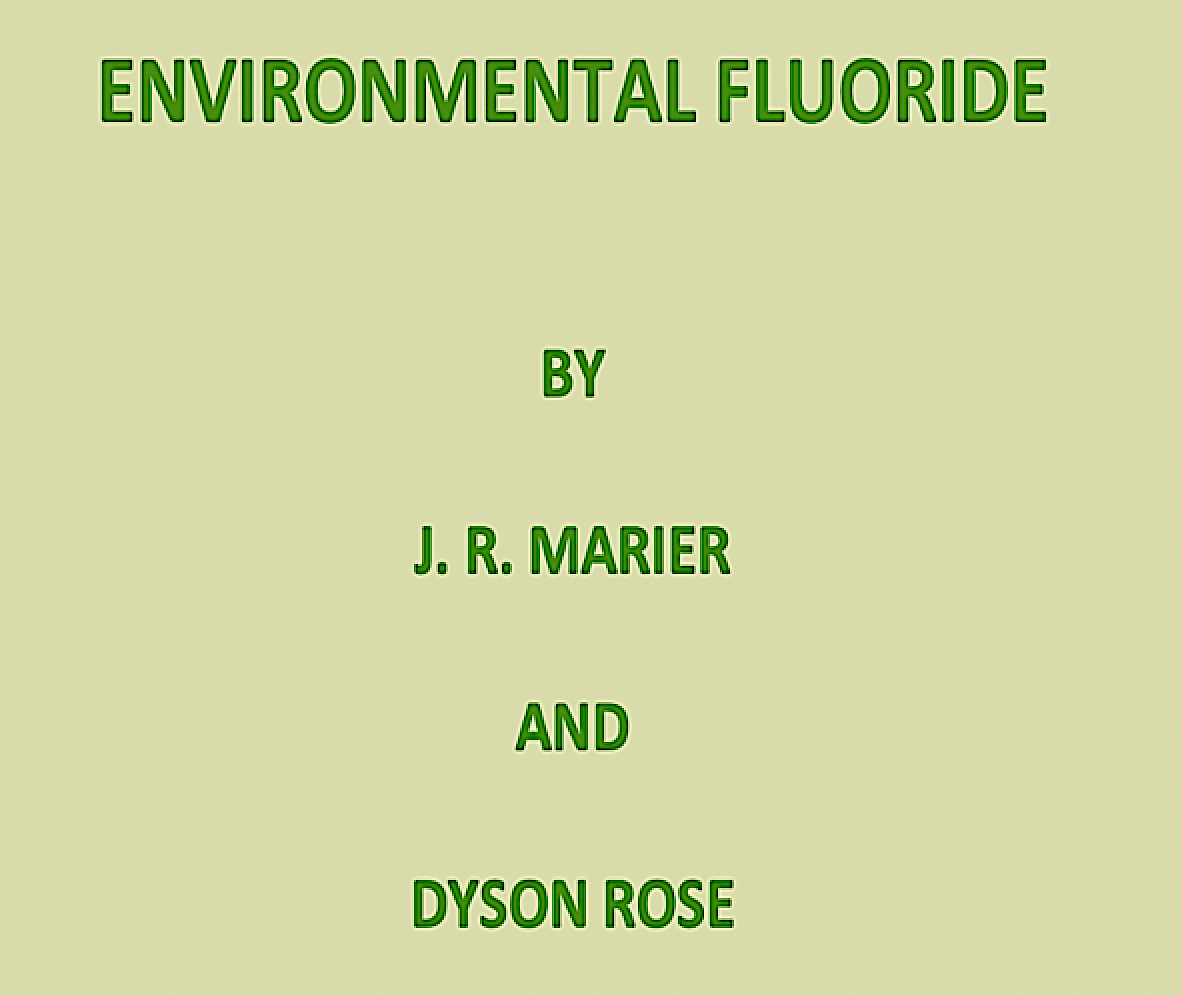 …Modern-day man is probably exposed to more environmental fluoride
than was heretofore suspected, and consideration must be given to the
total ingestion from various sources as well as the types of fluoride
present in air, foods, beverages, and other commodities… 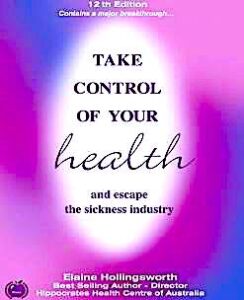 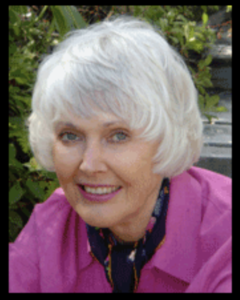 …Should any of those I have singled out for dishonourable mention feel that my attack is unwarranted in their case, I would welcome the opportunity to debate the issue with them in court and in public. I can assure them that there is now a massive, growing worldwide audience of victims and their families who would be very interested to hear their defences. If they have any. 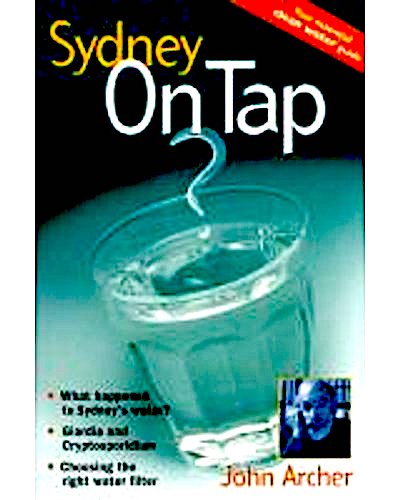 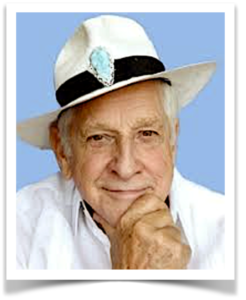 The protocols described in this book are official sacraments
of the Geneses II Church of Health and Healing.
You accept 100% responsibility for any and
all use made of any information herein.

OF THE INTERNATIONAL SOCIETY
FOR FLUORIDE RESEARCH

BULLETIN NO. 121
Observations on the Toxicity of
Fluorine for Sheep

Water Hardness, Human Health,
And The Importance Of Magnesium
by
J.R. Marier with L.C. Neri and T.W.Anderson
National Research Council Canada
ISSN 0316 -0114
120 PAGES
1979
Editor’s comment:
This classic work does not mention fluorides,
but is significant because we now know that
fluorides work against magnesium. 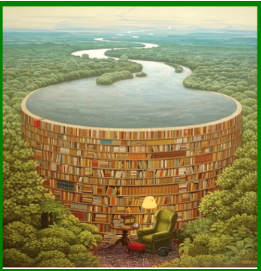 “Our studies show that cancers of the gastrointestinal tract, kidney, bladder, breast  and ovaries are those primarily associated with fluoride intake”. 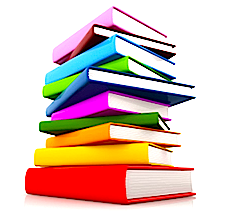 it’s all one, and Bill Gates is holding it all- 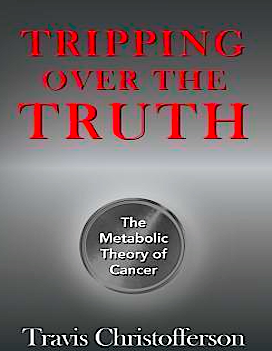 A masterful synchronization of history and cutting-edge
science shines new light on humanities darkest
diagnosis. In the wake of the Cancer
Genome Atlas project’s failure to provide a legible
roadmap to a cure for cancer, science writer
Travis Christofferson illuminates a
promising blend of old and new
perspectives on the disease. 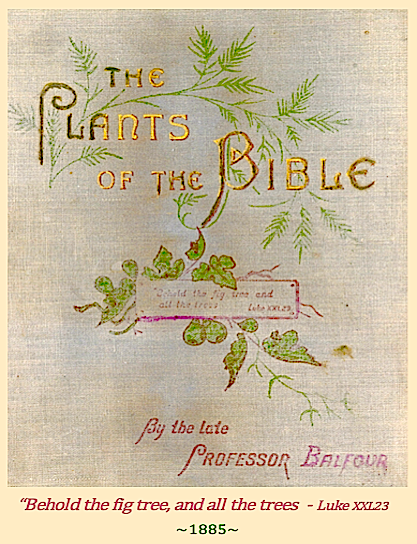 Full text ⇓
Plants of the Bible 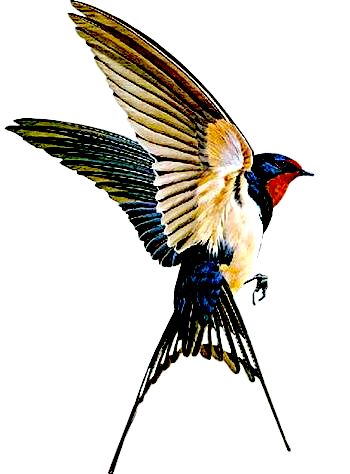