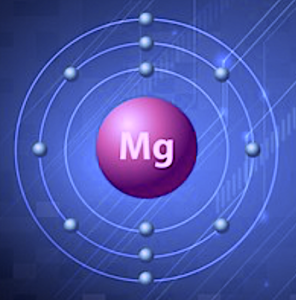 The greatest practical significance of Mg-F– interaction however,
seems to be in processes of bone and tooth mineralization
and in the formation of uroliths – [bladder stones].

The amount of F– assimilated by living organisms constantly increases, and Mg absorption diminishes as a consequence of progressively advancing industrialization. Marier gives examples of such retention of both elements in plants (e.g. in pine and tomatoes) and in animals, for instance in bone tissue, blood and kidneys, with the last being thought as the most probable place of Mg-F– interaction.

1)  Now, further facts have been observed, which throw a new light on the effects of Mg-F– interaction.

The significance and distribution of Mg in living organisms are widely known and described in textbooks.

3)  Present-day Mg deficiencies in humans are the result of intensive expulsion of this element (e.g. under the influence of extensive drinking of alcoholic beverages) or reduced Mg content in the diet, caused, for example, by inappropriate agricultural practices or effects of ecotoxins.

4)  One of the prime locations of possible F– and Mg interactions is the intestines. The increased F–supply reduces intestinal Mg resorption, owing to high chemical affinity of both elements and production of MgF+ and MgF2.(1) However, there are many facts to be considered, since there is a common mechanism of transportation of both these elements through the intestinal walls.
Distinct F–-Mg interaction is also observed in other cells and tissues. Mg deficiency in plants may limit synthesis of chlorophyll, on which photosynthesis depends. Therefore, supplementation of Mg protects plants against toxic effects of fluoride compounds.(1) Mg deficiency in animals reduces production of energy, relevant to the Mg-ATP system. Reduction of ATP levels affects in an unfavourable way many metabolic processes connected with the action of ATP (eg, metabolism of carbohydrates, proteins, nucleic acids, lipids, and active transport).

The role of Mg and F– ions in enzymology is also well known. Magnesium-dependant enzymes compose the biggest group in enzyme systematics. Magnesium is the activator of more than 300 enzymes, while fluorine is known as their inhibitor, although the activity of some enzymes is known to be increased by fluorine.

6)  The greatest practical significance of Mg-F– interaction however, seems to be in processes of bone and tooth mineralization, and in the formation of uroliths.

7 & 8)  In bone tissue magnesium stimulates the transformation of immature (amorphic) bone into a more crystalic form. Owing to the translocation of Mg into mineral tissue, bone elasticity increases to help prevent fractures. Rats on diet poor in Mg display significantly higher content of  F– in femurs and molars. This is undoubtedly related to the assimilability of both elements. Since bioavailability of Mg and F– depends on their mutual ratio in the diet,

9)  a low-magnesium diet distinctly increases F– absorption in the intestines.

Taking into account the mineralization of bone tissue, one also cannot ignore the role of calcium. The basic inorganic compound of bones is hydroxyapatite, containing calcium phosphate. The far-reaching antagonism between magnesium and calcium affects not only their different distribution in tissues, but also their mutual dislodging from cells. For example, magnesium favours blocking of calcium channels, disturbs oxidative phosphorylation, intensifies bone decalcification and increases muscle-cell diastole, while calcium intensifies contraction. On the other hand, hypercalcemia enhances Mg loss or magnesiuria.
10)  Mg-F– interaction processes relating to enamel and its effect on caries have also been investigated. Fluoride ion affects enamel hardening

11 &12)  and prevents its annealing, but this effect diminishes after administration of Mg. Magnesium alone does not visibly affect tooth plaque, erosive enamel damage, or the course of caries, but Mg and F– administered jointly influence enamel hardening and reduce caries significantly, as demonstrated in rats.

13)  In interactions of F– with Mg and Ca, it should be stressed that it is calcium rather than magnesium that intensifies mineralization processes.

Urolith formation is considered to be pathological. Mineral content analysis of uroliths shows that they always contain Mg and F– (besides phosphates, calcium and other inorganic and organic components).(8) Formation of uroliths follows crystallization rules. Mg ion reduces the rate of superficial crystal nuclei formation, whereas F– ion accelerates the process. The former reduces and the latter accelerates growth of calcium phosphate crystals.(7) In the formation of uroliths, calcium is the promotor, and magnesium plays the role of the inhibitor.

It also should be pointed out that uroliths always contain more Ca than Mg. Fluoride on the other hand, favours formation of uroliths and accelerates their production.(8)

In summary, it can be stated that in intoxication with fluorine compounds, magnesium plays a protective role by countering and reducing the toxic effects of F–.

3 Guminska M. The effect of magnesium on metabolism in living organisms and medical consequences of its deficiency in man. Folia Medica Cracoviensia 26 1-2, 5-28, 1985.

6 Chlubek D, Machoy Z. Significance of the effect of fluorine dose on enzymes activity in vivo and in vitro studies.Bromatologia i Chemia Toksykologiczna 22 3-4, 235-242, 1989.

12 Luoma A R, Luoma H, Raisanen J, Hausen H. Effect of magnesium and fluoride on the fermentative dissolution of enamel by a streptococcal layer as measured by mircrohardness tester and a proton probe microanalysis. Caries Research 17 430-438, 1983. 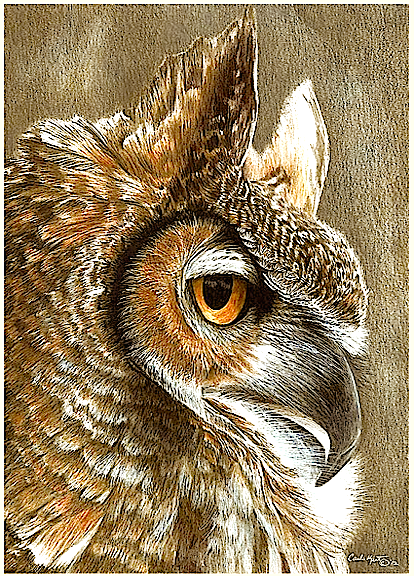