The Privatization of Knowledge

Brian Martin, professor of Social Sciences at the University of Wollongong,
Australia. He is author of 15 books and hundreds of articles
on nonviolence, dissent, democracy and other topics. 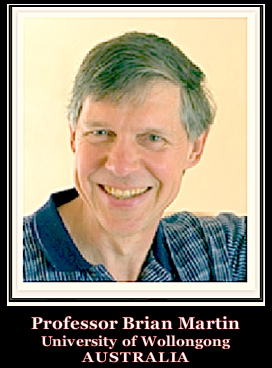 While doing his PhD in theoretical physics at Sydney University, Brian Martin started examining research papers arguing about the effect of Concorde exhaust on ozone. He became interested in the way different scientists came up with startlingly different conclusions. He wrote The Bias of Science, a detailed study of the ways scientists push their arguments one way or the other.

In 1976 he moved to Canberra to work at the Australian National University as an applied mathematician, and became involved in the debate over nuclear power. The pronuclear experts were using their titles and scientific authority to powerful effect, and he had lots of practice in developing ways to deflate them and their arguments.

He also became active in exposing and opposing attempts to suppress dissident viewpoints. He is co-editor of the book Intellectual Suppression.

In 1986 he moved to the University of Wollongong, officially becoming a social scientist. He has studied controversies over fluoridation, nuclear winter, pesticides and (with Gabriele Bammer) repetition strain injury.

Brian Martin has long been involved in the radical science movement, the environmental movement and the peace movement.

More of his papers ⇒  HERE 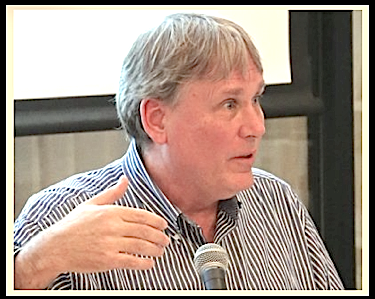 (He does not mention the ‘F’. word,
but he shows us how science may have lost its way –
“privatization of knowledge, – Universities are commercial-
and curiosity is engineered out”…)

“WHY MOST PUBLISHED RESEARCH FINDINGS ARE FALSE”

ARE WE SAFE? – Dr John Polya 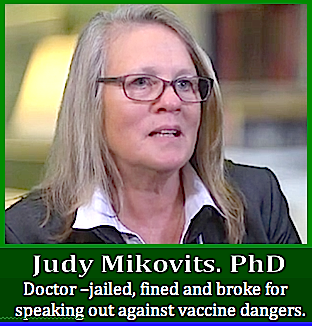 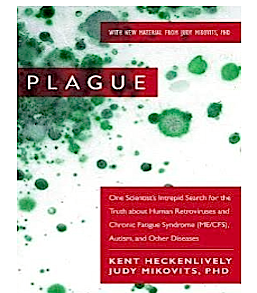 On 22 July 2009, a special meeting was held with twenty-four leading scientists at the National Institutes of Health to discuss early findings that a newly discovered retrovirus was linked to chronic fatigue syndrome (CFS), prostate cancer, lymphoma, and eventually neurodevelopmental disorders in children.

When Dr. Judy Mikovits finished her presentation the room was silent for a moment, then one of the scientists said, “Oh my God!“ The resulting investigation would be like no other in science. For Dr. Mikovits, a twenty-year veteran of the National Cancer Institute, this was the midpoint of a five-year journey that would start with the founding of the Whittemore-Peterson Institute for Neuro-Immune Disease at the University of Nevada, Reno, and end with her as a witness for the federal government against her former employer, Harvey Whittemore, for illegal campaign contributions to Senate Majority Leader Harry Reid. On this journey Dr. Mikovits would face the scientific prejudices against CFS, wander into the minefield that is autism, and through it all struggle to maintain her faith in God and the profession to which she had dedicated her life. This is a story for anybody interested in the peril and promise of science at the very highest levels in our country. –
[Watch the video above.]

Israel bans fluoride — is it our turn yet?

$ometimes $cience is for $ale! 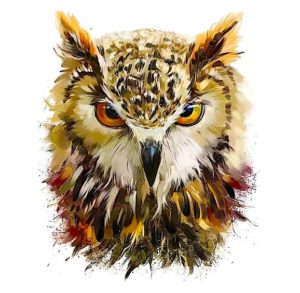