FLUORIDES AND ANIMALS INCLUDING PETS. 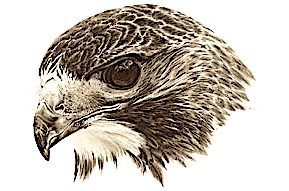 It in interesting that the promoters of
fluoridation ignore animal studies! 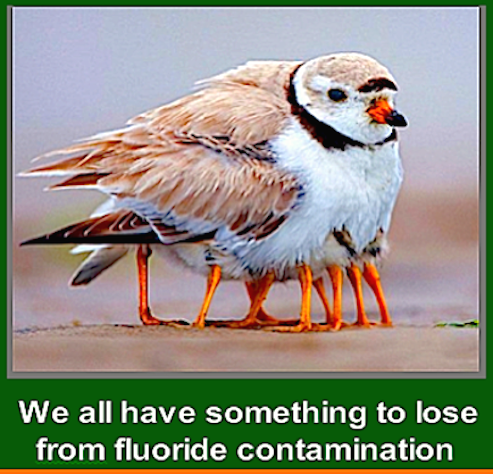 See the sixty + links below (Not comprehensive). 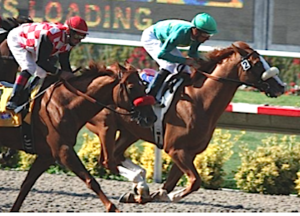 The toxicological experiments have shown that RAINBOW TROUT
Oncorhynchis mykiss is the most sensitive species to fluoride. 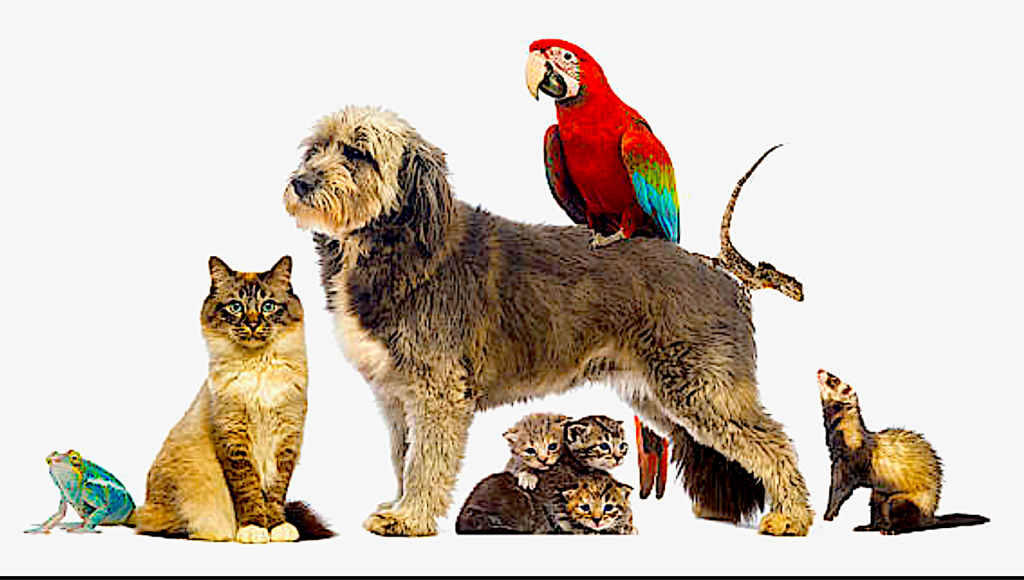 Extract: ...In livestock and poultry, broad-spectrum antibiotics such as tetracyclines and fluoroquinolones are widely used; thus, controlling food productions made from these animals is a necessary task. Meat may contain residues of antibiotics, even in low concentrations, which can cause a selection pressure for antibiotic resistance. Therefore, measurement… —

An Outbreak of Industrial Fluorosis in Cattle

EFFECT OF FLUORIDE ON OTHER ANIMALS – Indian Research

EFFECTS OF FLUORIDE ION TOXICITY ON ANIMALS,
PLANTS, AND SOIL HEALTH: A REVIEW 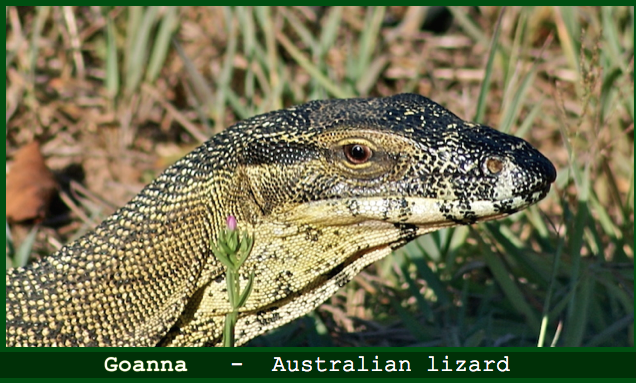 The effects of fluoride pollution on the lizard fauna

❝…Aquatic organisms living in soft waters may be more adversely affected by fluoride pollution than those living in hard or seawaters because the bioavailability of fluoride ions is reduced with increasing water hardness. Fluoride can either inhibit or enhance the population growth of algae, depending upon fluoride concentration, exposure time and algal species. Aquatic plants seem to be effective in removing fluoride from contaminated water under laboratory and field conditions. In aquatic animals, fluoride tends to be accumulated in the exoskeleton of invertebrates and in the bone tissue of fishes.

The toxic action of fluoride resides is the fact that fluoride ions act as enzymatic poisons, inhibiting enzyme activity and, ultimately, interrupting metabolic processes such as glycolysis and synthesis of proteins. 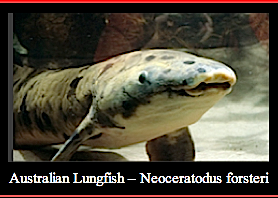 Fluoridation MAY ♣ have implications for the
Australian Lungfish Neoceratodus forsteri,
a protected species, which inhabit the Wivenhoe Dam,
Burnet and Mary River systems, and some reservoirs in
South East Queensland and NSW.
Lungfish first appeared in the fossil record 380 million years ago.
♣ If fluoridated recycled water’ is returned to these dams.

We do NOT have Greywater in Queensland, only Blackwater.

A Review Study on Fluoride Toxicity in Water and Fishes:

Is any of this

We think so!, I would not want to report it. 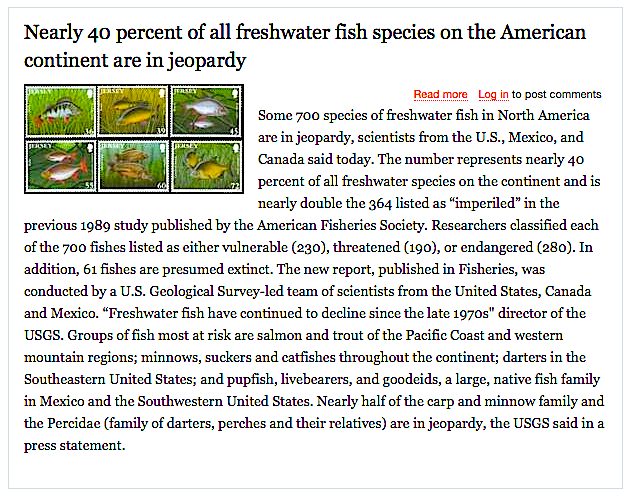 Effects of Sodium Fluoride on Carp and Rainbow Trout by K.S. Pillai and

Fluorides MAY explain problems with Australian Bass (Macquaria novemaculeata)
Fluoride can either inhibit or enhance the population growth of algae,
depending upon the fluoride concentration… 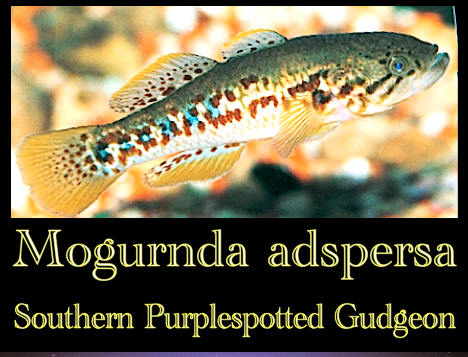 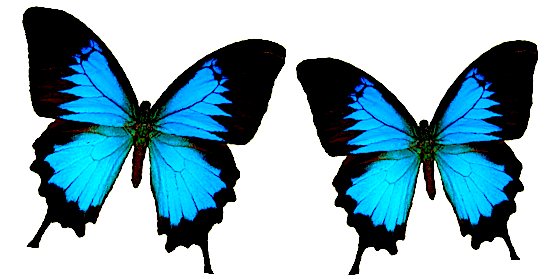 Other Animals Sensitive to Fluorides:
Honey Bees “The Angels Of Agriculture” 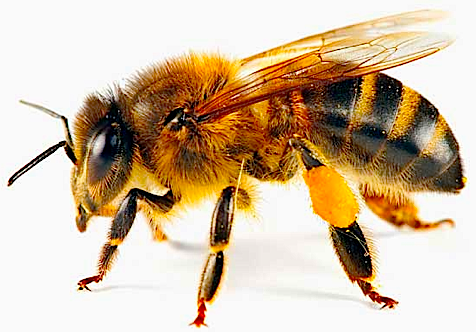 Since this scare, several cases of fipronil contamination have been discovered.
Fipronil is a pesticide widely used overseas and also on farms in Taiwan.
Current laws allow 0.002 ppm of fipronil to be detected on tea leaves;
however, starting 2016, no amount of fipronil will be allowed,
officials said yesterday at the Legislative Yuan.

FIPRONIL IS FLUORIDE BASED

Fipronil (Manufactured by Bayer) is highly toxic for bees,* crustaceans, insects and zooplankton, as well termites, rabbits, the fringe-toed lizard  and certain groups of gallinaceous birds. It appears to reduce the longevity and fecundity of female braconid parasitoids.

… Fipronil – Fluocyanobenpyrazole, C12H4Cl2F6N4OS, is a slow-acting fluoride based poison. It is a broad spectrum insecticide that disrupts the insect central nervous system by blocking the passage of chloride ions through the GABA receptor and glutamate receptor I(GluCl), components of the central nervous system. This causes hyperexcitation of contaminated insects’ nerves and muscles.

EPA THINKS A PIECE OF PAPER WILL SAVE BEES FROM PESTICIDES

SULFOXAFLOR a systemic insecticide which acts as an
insect neurotoxin and is a member a class of
chemicals called sulfoximines which act on
the central nervous system of insects.
[ Including BEES ] 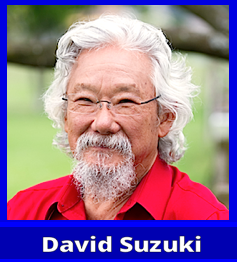 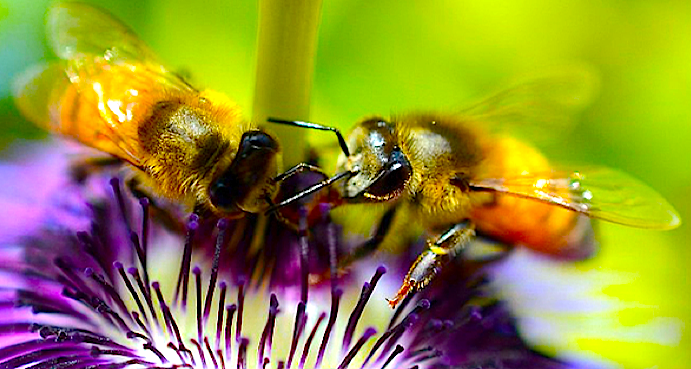 There are also observations of bees being killed by 5G (Phone Towers).

DONALD RUMSFELD AND THE HISTORY OF ASPARTAME

1)  Monsanto is boasting its partnership with 4-H Youth Development Organization, the country’s largest and most influential youth organization with more than 6.8 million members in 80 countries worldwide

2)  According to the annual reports, 4-H is receiving funding from Monsanto, Bill & Melinda Gates Foundation, Cargill, DuPont, United Soybean Board, Coca-Cola, and Pfizer

3)  Monsanto has been hijacking society at every turn, including government institutions, colleges and universities, media agencies, and so-called representatives of “science”

5)  Because aggregate product testing for glyphosate has not been conducted, “glyphosate should be illegal.” And that’s not all. The FQPA 10x Safety Factor is supposed to be used to give an additional 10-fold margin of safety for those most at risk of pesticide exposures, such as pregnant women, infants and children.
The EPA, however, waived the FQPA Safety Factor for glyphosate, removing the 10-fold safety margin to 1-fold.

Fipronil – (Contains Fluoride )
It is used in Australia to spray locusts.

Henry Miller has been exposed as a science fraud
and professional liar who shills for Monsanto.

A NON-TOXIC ALTERNATIVE for eradicating insect infestations in grains and museum objects can be oxygen depriving gases such as nitrogen or carbon dioxide, the later being used in sailing ships of old, ⇒ a lighted candle placed in the grain barrel prior to it being sealed up. No need for poison sprays, food irradiation, fluorides, or bromides etc.

Fipronil is broad spectrum insecticide that disrupts the
insect central nervous system by causing hyper
excitation of nerves and muscles.
Fipronil is a slow acting poison.
When mixed with a bait, it allows the poisoned insect
time to return to the colony and kill other
insects in the same nesting site. 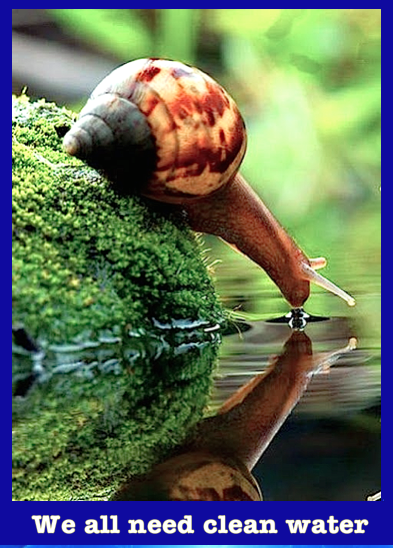 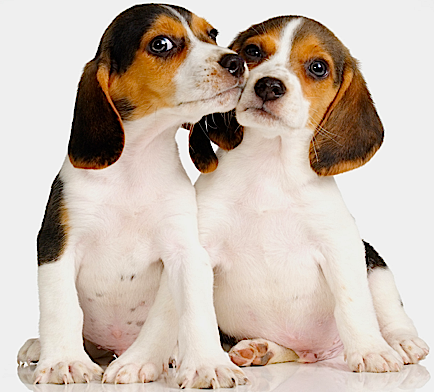 Dogs and fluoride toothpaste-a no no! 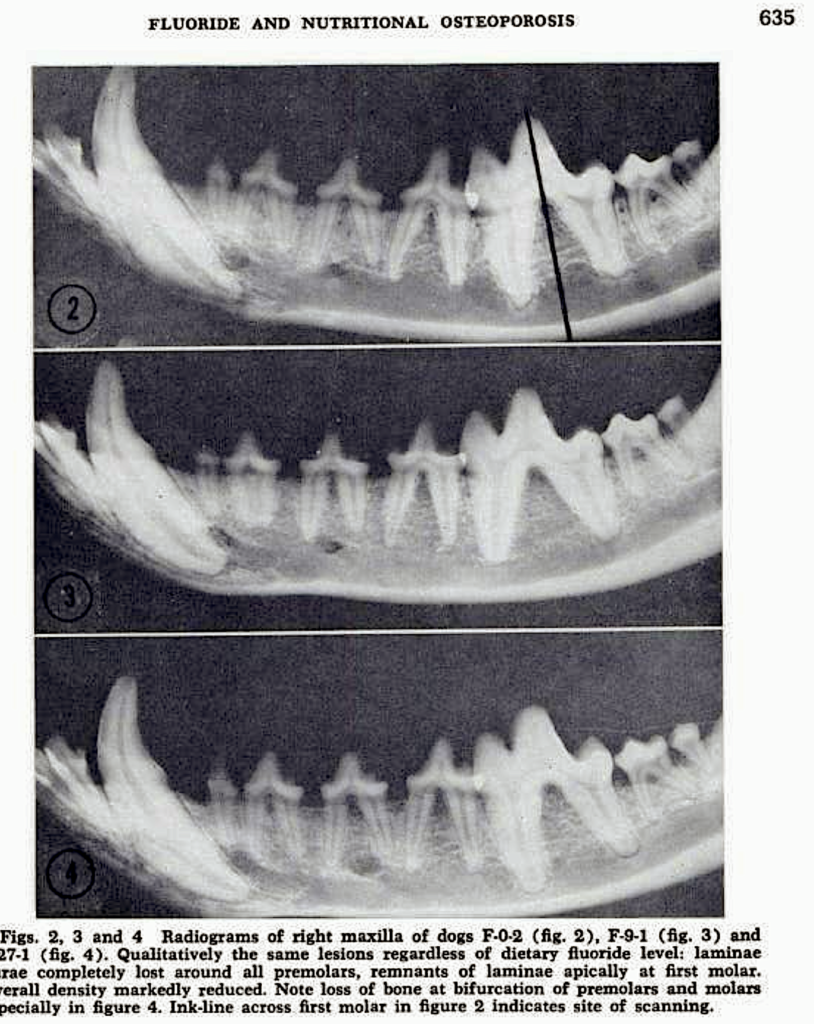 Info on  →  Daphnia and Fluoride

Sometimes Daphnia may be used in certain environments
to test the effects of toxins on an ecosystem, which
makes them an indicator genus … 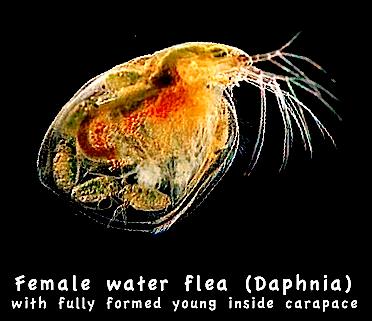 EFFECTS OF FLUORIDE EXPOSURE ON THE GROWTH,
METAMORPHOSIS, AND SKELETAL DEVELOPMENT OF
RANA CHENSINESIS AND RANA NIGROMACULATA LARVAE

Pet food has a new level of danger hiding behind its labels.
Environmental Working Group (EWG) just released a new study that showed high levels of fluoride in eight of ten pet foods tested. Consuming fluoride can lead to many serious health concerns.

Three studies show that boys who drink fluoridated tap water between the ages of 6 and 8 face a heightened risk of osteosarcoma, the rare but deadly form of bone cancer associated with fluoride (Bassin 2006; Cohn 1992; DHHS 1991). Scientists suspect that boys’ rapid growth may make them more susceptible to bone cancer (Bassin 2006)

OSTEOSARCOMA IS THE MOST COMMON PRIMARY BONE TUMOUR IN DOGS
It is estimated to occur in over 8,000 dogs each year in the U.S., primarily in larger breeds (Chun 2003; Dernell 2001; Priester 1980; Withrow 1991). According to a recent expert review, the actual incidence is probably higher, since not all cases are confirmed and registered (Mueller 2007). Large dogs with fast growing bones are especially at risk. Only 5% of all osteosarcomas develop in dogs weighing less than 30 pounds and giant dogs generally develop osteosarcoma at a younger age compared to smaller-sized dogs and (Cooley 1997; Misdorp 1979). 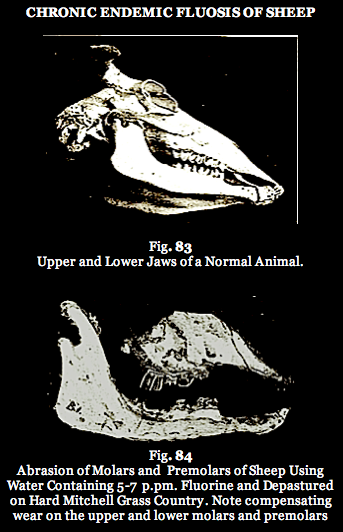 FLUOROSIS OF SHEEP IN QUEENSLAND 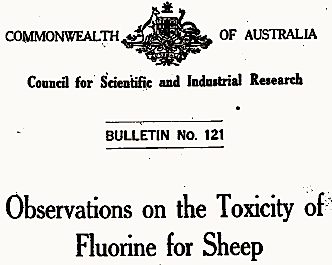 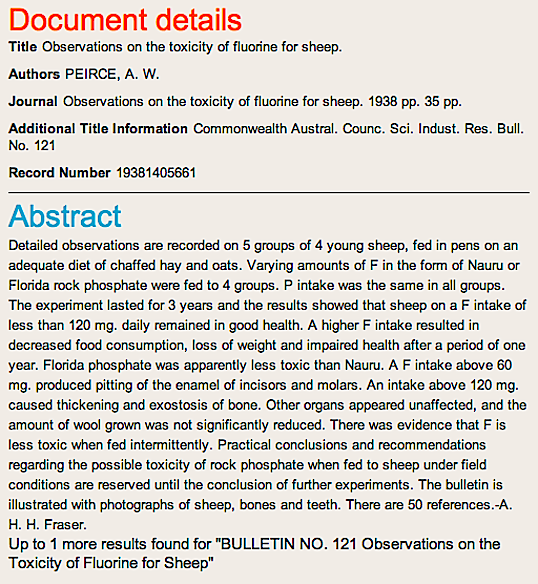 YOUR PET BIRD COULD COME TO A STICKY END 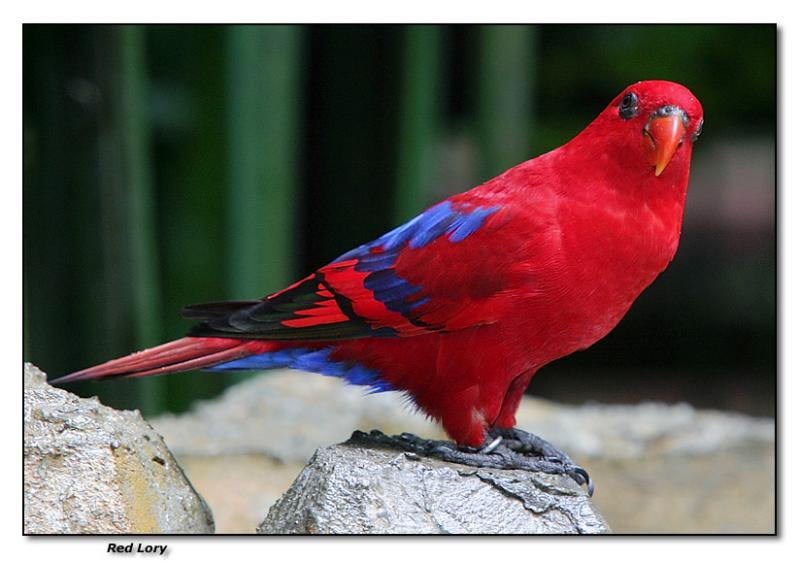 Perfluoro-octanoic acid (PFOA), an ingredient of  Teflon.
It is a suspected carcinogen now found in humans,
other animals and plants. PFOA is very persistent.
Released into the environment it looks
as if it will take literally millions of
years to biodegrade.

“Like so many products developed for the sake of convenience without concern for human or animal health, or the environment.

Teflon coated non-stick cookware when heated has proven to be a primary source of a dangerous toxic fluoride derivative, specifically perfluorinated chemicals”

PTFE is odorless and invisible and bioaccumulates.
When heated above 260ºC it is lethal to birds (pets)
and will give humans flu like symptoms.
A Teflon pan reached 721°F in just five minutes as
measured by a commercially available infrared thermometer.

The chemical industry doesn’t want you to be afraid of Teflon pans,-  but you should be.

However Safe alternatives are now now available
(from their web site:) ↓

… CeraMax Ceramic cookware is forged with a super-efficient thermal conductive base which instantly radiates heat throughout the entire pan in seconds.100% PTFE and PFOA free Ordinary non-stick pans often contain the chemical compounds PTFE and PFOA in their coatings. These chemicals can alter the original taste of your food and can even release toxins into your food…

Teflon – The Devil We Know 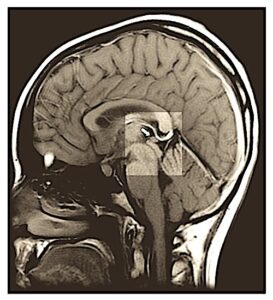 FLUORIDE AND THE PINEAL GLAND

Department of Biochemistry and Medical Chemistry,

Hospital of the Ministry of Interior,  Kielce, Poland

This paper is mostly about humans – however:

EXTRACT: In the pineal glands taken from the common merganser (Mergus merganser), Kalisinskaetal et al. recorded very high fluoride contents (mean > 1000 mg/kg dw), which even exceed the concentrations observed in the bones of these birds.

Such a high concentration of fluoride in the gland is explained by the incompleteness of the blood–brain barrier in birds, which facilitates the penetration of various substances into the central nervous system. 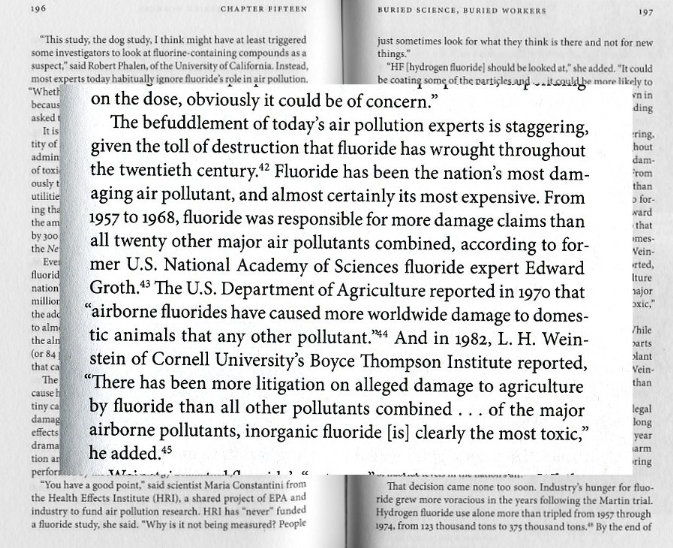 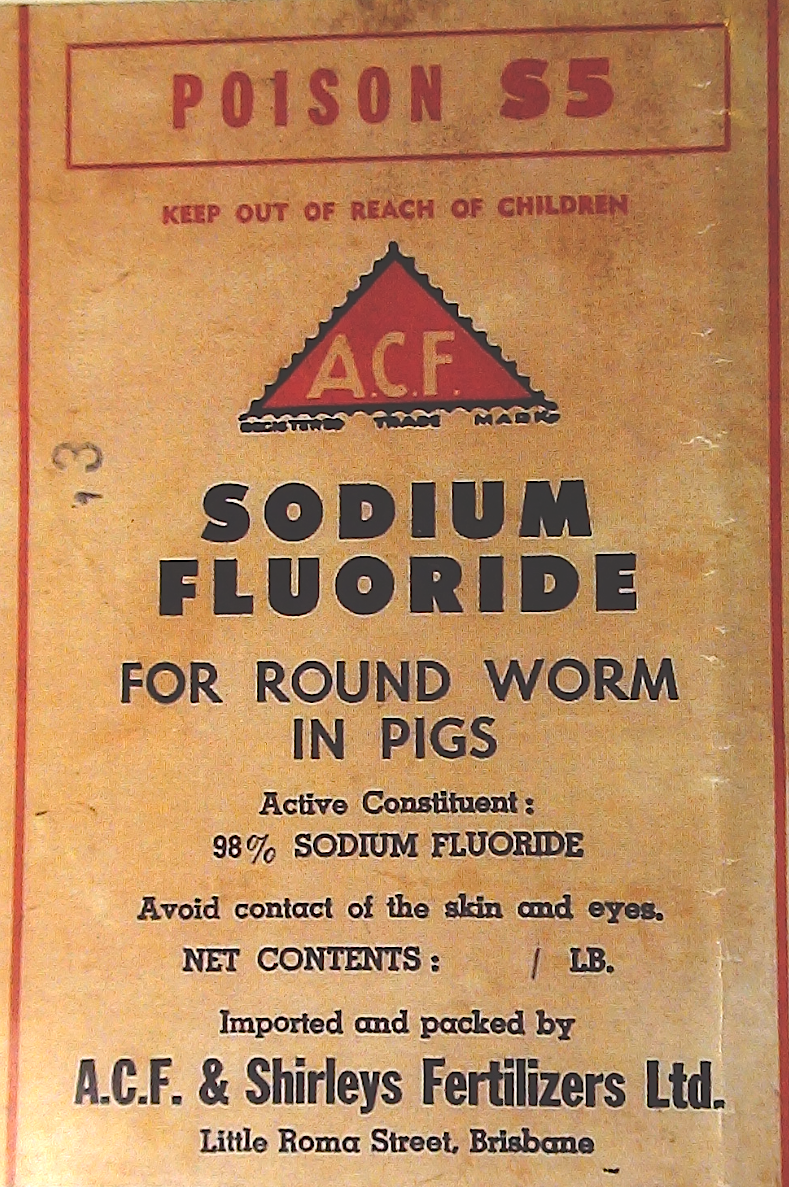 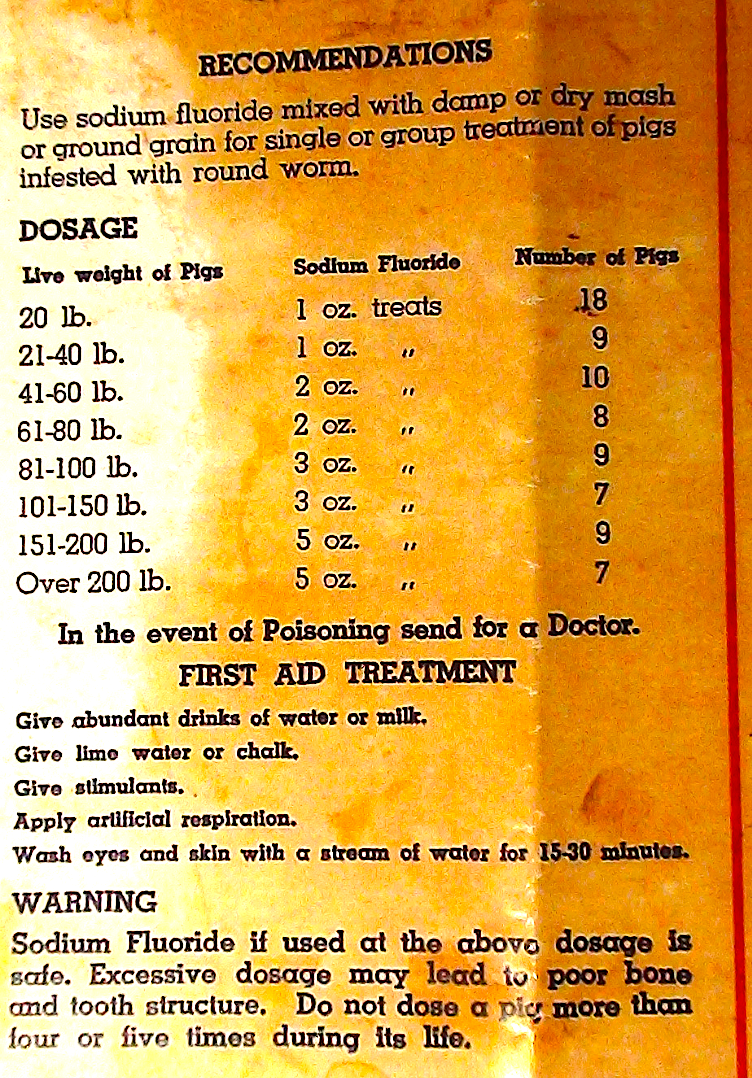 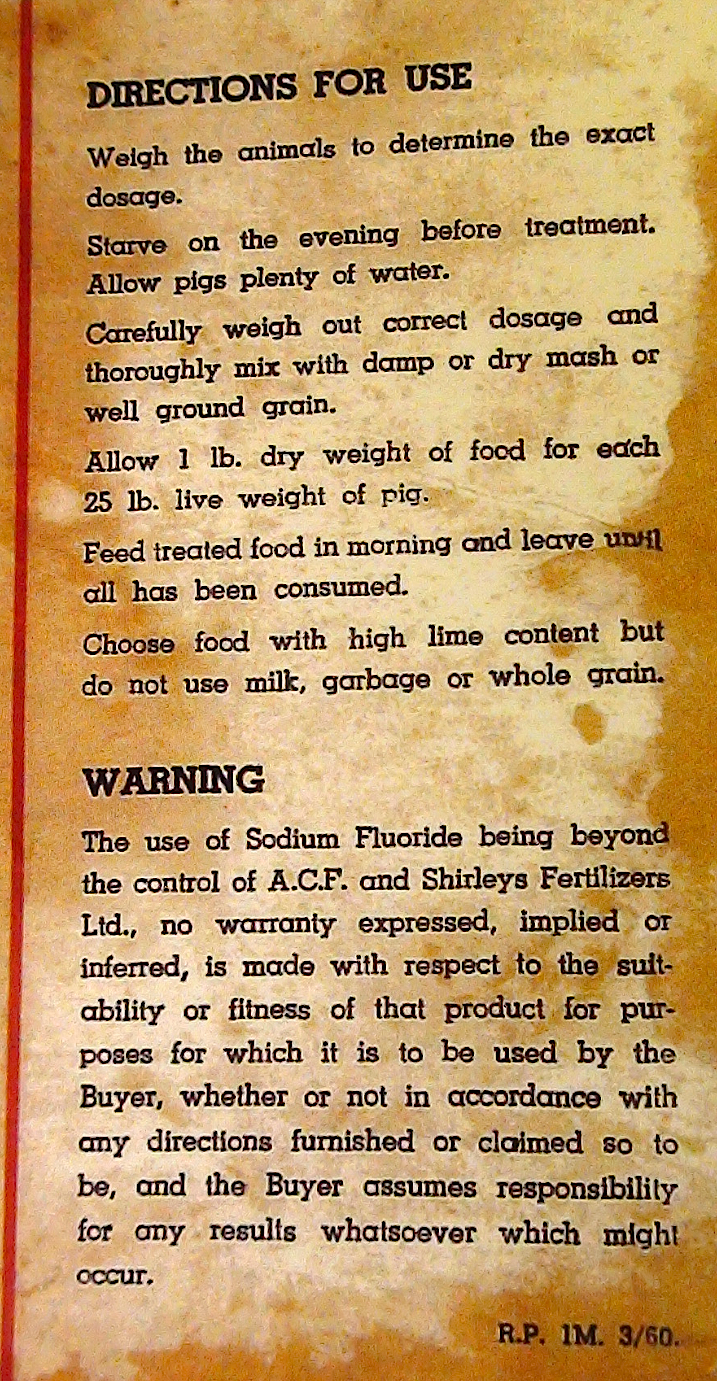 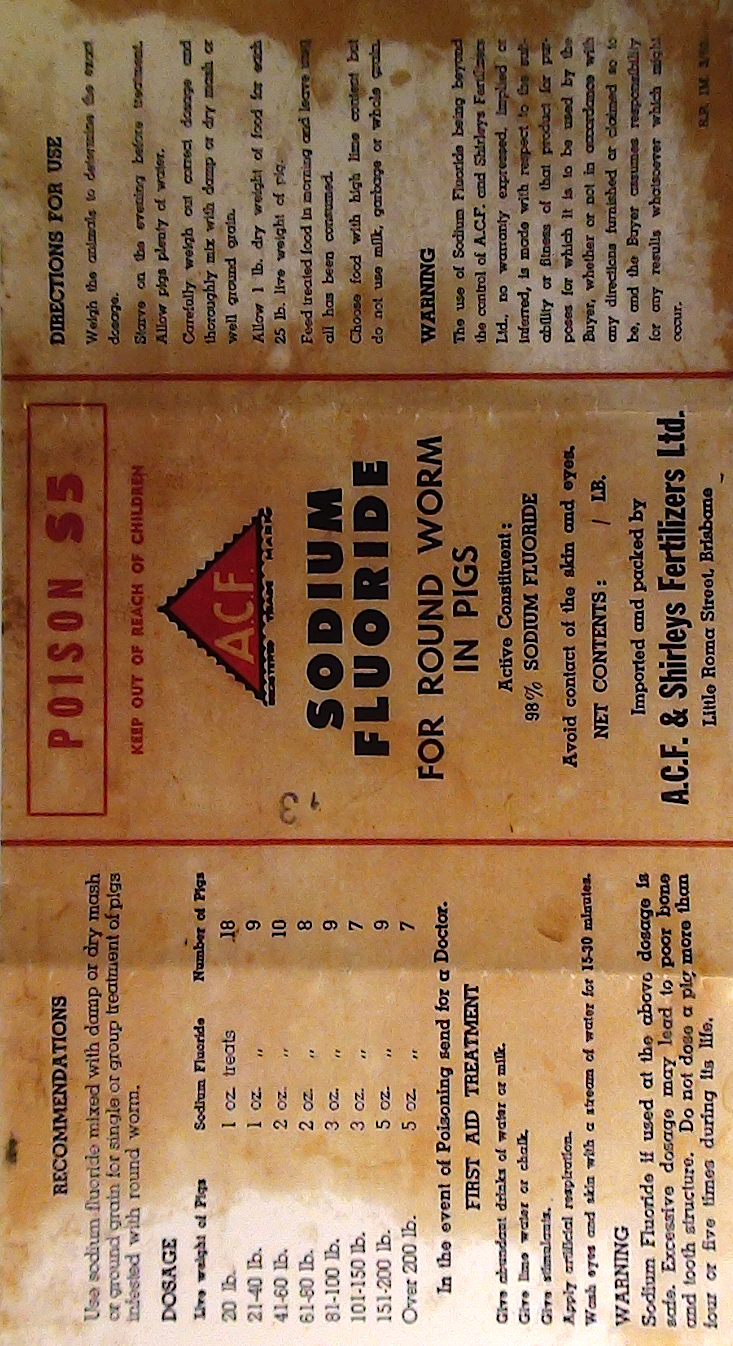 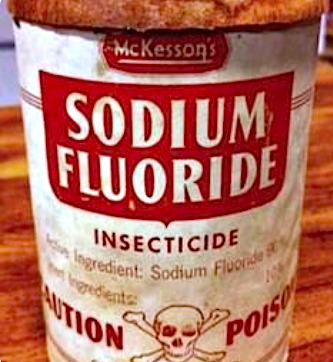 ♦ Guinea pigs have a requirement for vitamin C,
because they cannot manufacture or store vitamin C.
(They lack of the enzyme L-gulono-gamma-lactone oxidase).
( THE SAME AS US HUMANS )

True science IS on our side; so our win is inevitable.
It is just taking much longer than it should. 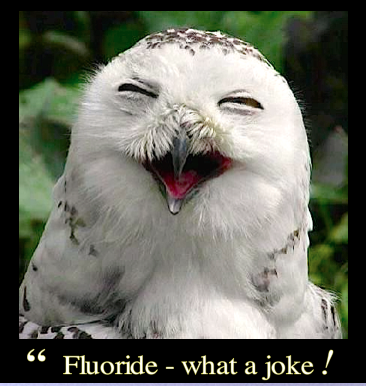 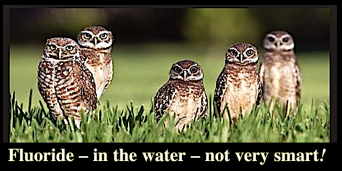 Fluoride damage to fishwildwild and farm animals and pets.
0